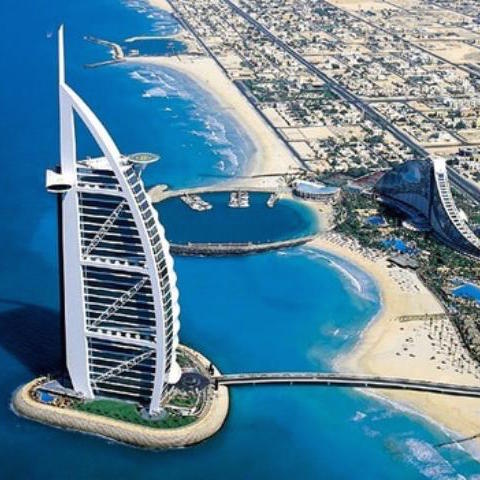 The United Arab Emirates are in the middle of a business area among the most dynamic in the world and are an ideal base for companies that want to start their own strategic presence not only in this market but in the whole area of the Arabian Gulf and in East Africa.

When it comes to UAE we are talking about a federation of seven emirates (absolute monarchies) inhabited by over 7.9 million people with an average per capita GDP of over 54,000 USD (source: Government Italian Foreign Ministry, year 2013). The two main emirates of Abu Dhabi, where the seat of the federal capital, and Dubai is the economic financial reference for the whole area. Only less than 20% of the resident population is “UAE” (locals) and among the so-called “expatriates” are a large number of different nationalities from all over the world.

Dubai in particular has become a de facto sort of commercial and financial hub for the whole area of the Arabian Gulf. From here almost all the commercial traffic directed to other markets of the Gulf Cooperation Council (Saudi Arabia, Bahrain, Kuwait, Oman, Qatar) and from Yemen, Iraq, Pakistan, India, East Africa. The relative equidistance from Europe and South East Asia, make the UAE an international meeting point between these two otherwise distant areas.

CHARACTERISTICS OF THE MARKET

The Arab markets have specific characteristics that the eye of Western companies, can be reason not to elaborate an own development or, worse, cause for the sudden abandonment of the market.

The concept of “time” is completely different from the Western world. It might appear that Arabic is losing time, while on the contrary is very interested
The relationships between people are essential to start good business
The “deal” is a key aspect in the game between the parties.
Being well-connected can seize the best opportunities
For companies that want to plan their development in this area, this translates operationally with the need for a direct presence and daily accompanied by a strong sales and marketing organization.

We have significant experience in both start-up and development of companies in the area with demonstrable results
We speak in Italian and at the same time we are supporting linguistic and cultural mediation to allow customers to relate effectively with local players
Our employees and local staff is highly trained and competent
We have an extensive network of business relationships with individuals and companies in many sectors
We have a representative office in Italy to be even more support to our customers.