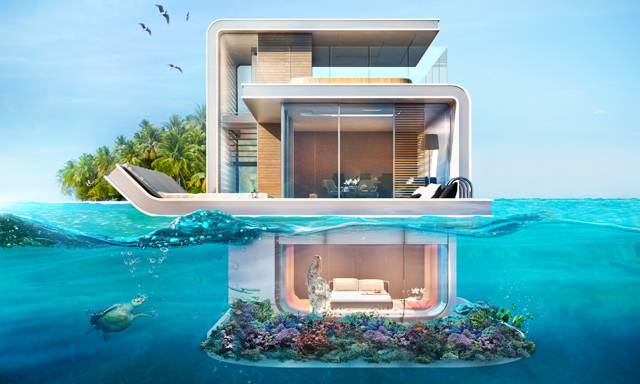 Dubai does not stop and raises: seem distant times of crisis the real estate sector with the bursting of the speculative bubble of 2008.

These are mega projects in progress and work that should be completed by 2020, along with an impressive amount of new hotels and hotel apartment.

But projects above seem small compared to that in a few days will be brought to The World Islands.

The world, the set of artificial islands built a few miles from the coast of Jumeirah and representing the world in recent years has had an ambiguous position on what could become its intended use: the awarding of Expo 2020 there have been proposals to concentrate just in the world The various exhibition halls. The hypothesis and ‘however was quickly discarded and the site for Expo 2020 and’ was found near the new Al Maktoum International Airport.

Hence the absolute novelty in a few days containing additional project The World to the headlines: a well-known developer will present on December 15 during a mega event at the Burj Al Arab (the famous 7-star hotel shaped like a sail) project “THE HEART OF EUROPE” localized exactly at the islands and The World that involves the construction of a series of villas characterized by:

This project will be the most advanced and sophisticated, not only in Dubai, but maybe on the entire planet, a project called precisely ‘World’ Islands Dubai “the islands of the world.” The first mock-up of floating villa will be presented to the press and media International just after 15 December 2015.

A further opportunity for companies to present Italian luxury products and exclusive that could be included in the terms of this huge project and one of its kind.

Ask more information by filling out the form:

Yes, I wish to be contacted soon!